Please contact us to learn more about our renewable energy storage solutions. We will get back to you soon. 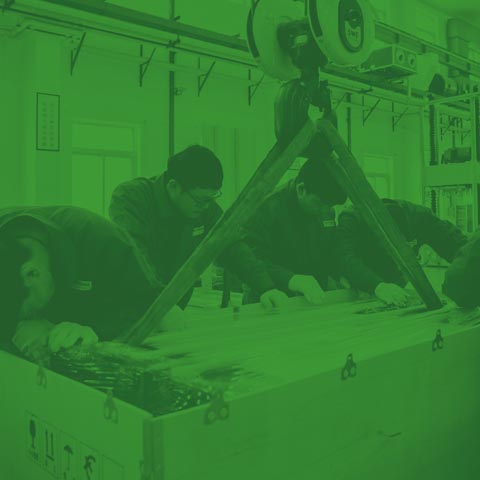 Vanadium redox (flow) battery (VRB®) systems are poised to transform the largest utility grid in the world with low-cost, long-life performance in support of significant growth in solar and wind energy

BEIJING and VANCOUVER, British Columbia, Nov. 01, 2017 — VRB Energy, the leading provider of vanadium flow battery technology in the world, has been awarded a contract for a 3-megawatt (MW) 12-megawatt-hour (MWh) VRB as Phase 1 of the Hubei Zaoyang 10MW 40MWh Storage Integration Demonstration Project. This first phase will be installed in Zaoyang, Hubei to integrate a large solar photovoltaic system into the grid. Following this 10MW 40MWh project, there will be a larger 100MW 500MWh energy storage project that will be the cornerstone of a new smart energy grid in Hubei Province. This large project will serve as a critical peak power plant, delivering reliability and emissions reductions.

This type of project is a glimpse of the future of the Chinese electricity grid as the country is halting construction of many coal-fired power plants and pushing the integration of renewable energy with energy storage. On September 22, 2017, the China National Development and Reform Commission (NDRC) released Document 1701, “Guidance on the Promotion of Energy Storage Technology and Industry Development” aimed at accelerating the deployment of energy storage. The policy calls for the launch of pilot projects, including deployment of multiple 100MW-scale vanadium flow batteries, by the end of 2020, with the aim of large-scale deployment over the ensuing five years.

VRB Energy signed the Hubei Zaoyang project contract with Hubei Pingfan Vanadium Energy Storage Technology Company on October 18 at a signing ceremony attended by Zaoyang City Deputy Mayor Chen Dong. VRB Energy’s President, Dr. Huang Mianyan commented, “We are delighted to work with Hubei Pingfan for the development of this leading-edge project which is a demonstration of their leadership in this sector.” Chairman of Hubei Pingfan Xie Guangguo, said, “We selected a vanadium flow battery because they have superior safety, reliability and lifecycle economics compared to lithium-ion and other battery types. We selected VRB Energy because it is the leader in China with its VRB technology, and has a track record of performance with State Grid Corporation of China.”

The project will be located in Zaoyang, and installation of the VRB system will commence in November 2017. When Phase 1 is completed in early 2018, VRB Energy’s VRB will be the largest flow battery installed in China. As part of the initial agreement, VRB Energy and Hubei Vanadium will jointly develop a vanadium electrolyte supply from local vanadium sources, helping revitalize the local industrial base to meet future demand for energy storage.

Robert Friedland, Chairman of VRB Energy, commented, “China has the largest and highest-grade vanadium resources in the world and is poised to use this miracle metal to fundamentally transform its electricity grid. With massive amounts of renewable energy and storage coming online, China will create the most modern, clean and efficient grid in the world.”

Regarding this initial contract in Hubei, he added, “Earlier this year, Chairman Xie and I discussed the opportunity to utilize Hubei’s abundant vanadium resources and VRB Energy’s next generation technology to set a new benchmark for the global energy storage industry. This is just the first step of what will be many projects working together.”

On the newly released NDRC policy, he commented, “This new policy will result in vanadium flow batteries revolutionizing modern electricity grids in the way that lithium-ion batteries are enabling the global transition to electric vehicles.”

Flow batteries store energy in liquid electrolyte, which is held in tanks external to the cell stacks that contain the cathode (positive) and anode (negative) sides of the battery. When charging or discharging the battery, electrons are added into or drawn out of the electrolyte as it circulates across membranes inside the stacks. Unlike other types of batteries, vanadium flow batteries use the same electrolyte solution on both the positive and negative side of the battery, yielding a nearly infinitely repeatable electrochemical process.

While lithium-based batteries are well suited to consumer electronics and electric vehicles, their lifetimes can be limited. VRB Energy’s VRB technology can be fully drained over an almost unlimited number of charge and discharge cycles without wearing out. This is an important factor when matching the daily demands of utility-scale solar and wind power generation.

About VRB Energy
VRB Energy is a fast-growing, privately held clean technology innovator. The company has developed the most reliable, longest-lasting vanadium flow battery in the world, with more than 800,000 hours of demonstrated performance. The combination of VRB Energy’s proprietary low-cost ion-exchange membrane, long-life electrolyte formulation and innovative flow cell design sets it apart from other providers. VRB Energy’s vanadium redox battery (VRB®) systems store energy in liquid electrolyte in a patented process based on the reduction and oxidation of ionic forms of the element vanadium. This is a nearly infinitely repeatable process that is safe, reliable, and non-toxic. Components can be nearly 100% recycled at end-of-life, dramatically improving lifecycle economics and environmental benefits compared to lead-acid, lithium-ion and other battery systems. VRB Energy is majority-owned by High Power Exploration (HPX), a metals-focused exploration company that also invests in metals and minerals-based technologies to sustainably support an urbanizing planet and the global transition to renewable energy. HPX is a subsidiary of I-Pulse, a global leader in developing innovative commercial applications for pulsed power technologies that convert small amounts of electrical energy into limitless power to address a broad and growing suite of applications across multiple industrial markets. I-Pulse is a private company based in San Francisco, California. Please visit our websites at www.punengenergy.com, www.hpxploration.com, and www.ipulse-group.com for further information.

About Hubei Pingfan
Hubei Pingfan is one of the leading enterprises in Hubei Province. Under the guidance of Chairman Xie Guangguo the company has assembled world-class mining and vertically integrated metals processing assets in support of the development of new high-tech industries. The company is focused on deploying innovative and environmentally friendly technology in the production of vanadium pentoxide and vanadium-nitrogen alloys at its facilities in Shiyan City and Zaoyang City in Hubei. The company is also entering into new energy areas based on vanadium resources. It holds mining reserves of more than one million tons of vanadium in Shiyan City, and was listed in China’s 12th Five-Year Plan as national pilot enterprise for vanadium.